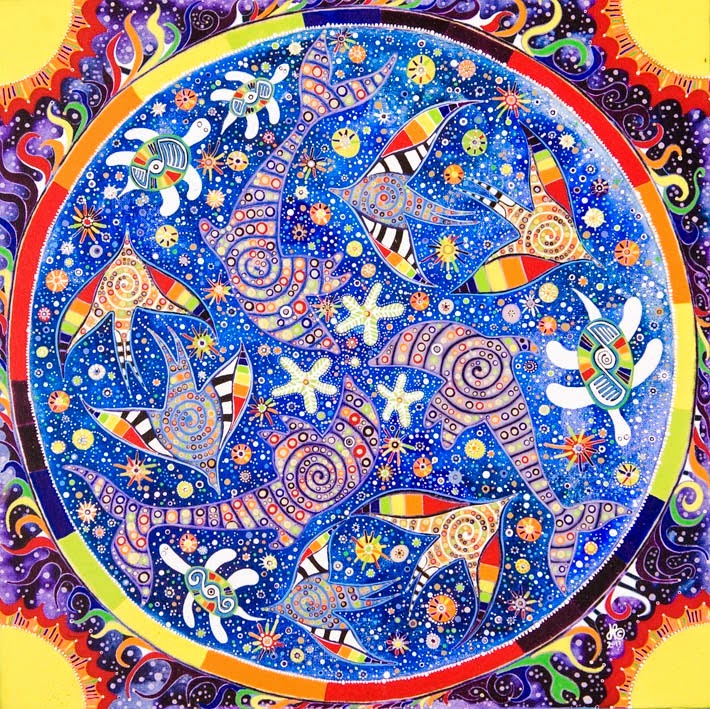 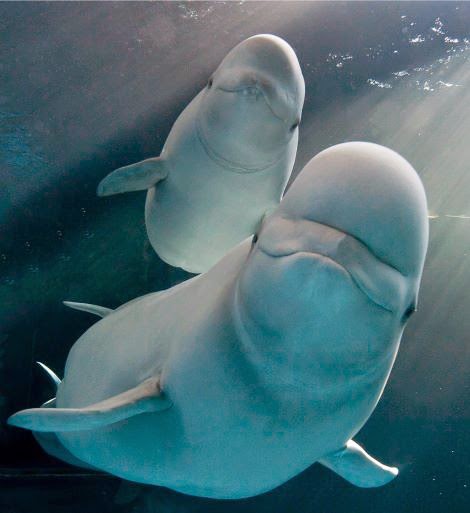 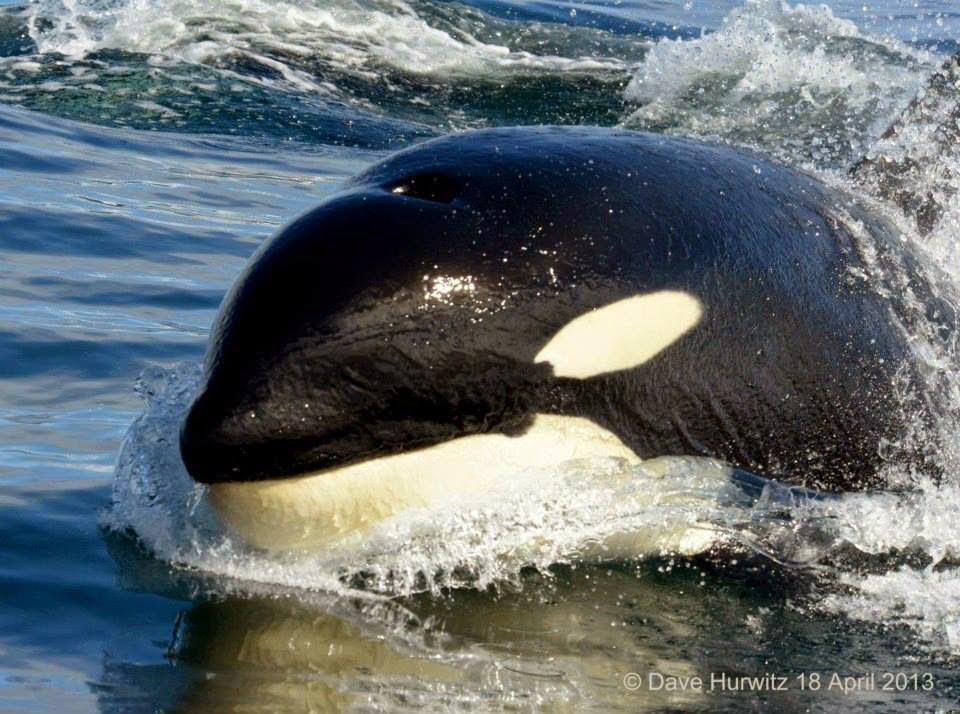 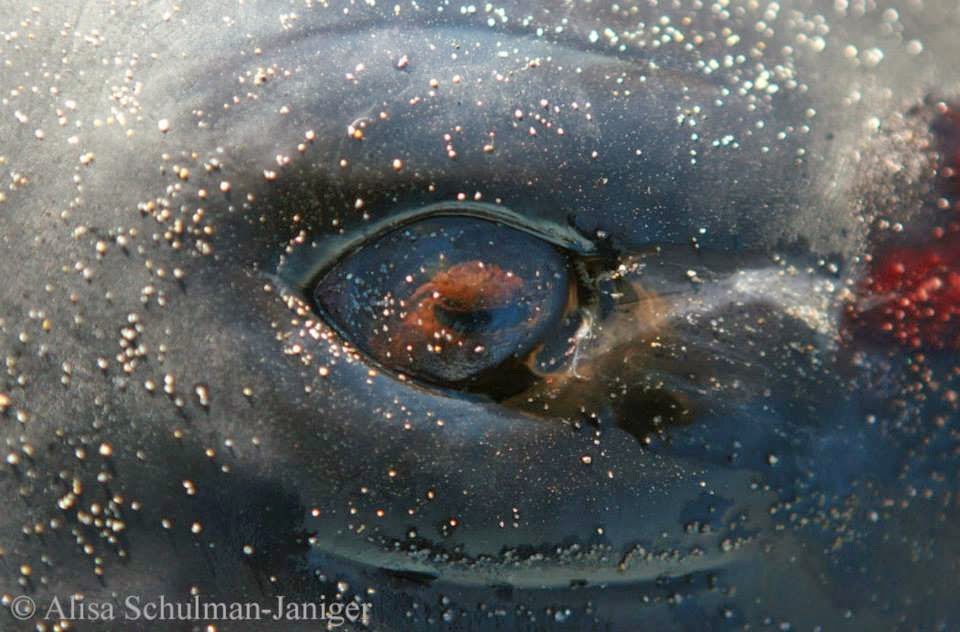 NOTE FROM JEFF: My film about the whales and dolphins, 'Aihe Tohora Paikea Wananga', has been accepted into the 'Heaven On Earth' competition, and thanks to Laurie and Jacob Tietelbaum of the Big Island, Hawai'i for making this happen. This is actually just the 'trailer' for the much more in-depth project which is under way now. IF you love the whales and dolphins AND you want to support my work on their behalf, PLEASE take five minutes and register yourself at the link below so that you can VOTE FOR MY FILM. This would mean a lot to me. First Prize is $3000 usd, which would go a long way in support of this project, which is totally pro bono and a labour of love on my part. Of all the other films in this competition, the one with the most votes only has 32, and another has 25, the rest only a very few or none. So if just a few dozen real friends take the time to register and vote for my project, I might stand a good chance of winning. I've only been accepted as of two days ago (16 December), and the dead-line for voting is 21 January 2015.

PLEASE WATCH THE TRAILER AT THE LINK BELOW AND PLEASE REGISTER AND VOTE FOR ME...I thank you for taking the time to read this and for your on-going friendship and support of my creative work and information activism on behalf of mitakuye oyasin and life as we know her on Mother Earth.

I feel that the whales and dolphins are the ORIGINAL 'people' of Mother Earth, and that they have inhabited the 'garden of Eden', or 'heaven on Earth' for FAR longer than we have even existed. We, homo sapiens, 'man, the wise', are the ONLY beings on this planet who are MAKING 'HEAVEN' IMPOSSIBLE. The whales and dolphins, as the most advanced sentient beings on this planet, are by far our GREATEST HOPE to understand what is really going on with our out-of-balance ways of 'life' and how to renavigate the human process. I feel that their MAIN MESSAGE to us on how to regain 'heaven on Earth' is this:

"LIVE SIMPLY SO THAT OTHERS MAY SIMPLY LIVE." 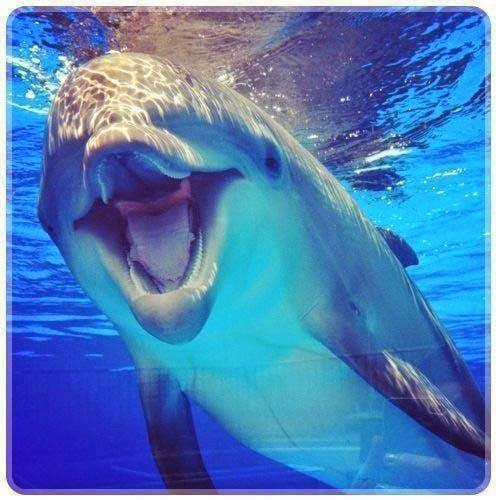 'AIHE TOHORA PAIKEA WANANGA', or 'THE KNOWLEDGE AND WISDOM OF WHALES & DOLPHINS'.

"This is the trailer to a 'beyond film' I am working on. Using all of my most advanced creative, media and information skills, this project is not only a 'documentary' in the sense of exploring who the cetaceans are as fellow beings on Mothership Earth as well as what the real global threats to their well-being and existence are, but also a 'beyond film' in that, through a neo-shamanic synthesis and integration of multiple dimensions, I am transcending the medium of film per se to open a 'portal' into the domain of cetacean consciousness, having long been invited into and embraced by who I regard not only as 'the ultimate indigenous people' but also a 'true extra-terrestrial intelligence.' Sound and music are as important in this project as are visuals. I have interviews with many top cetacean researchers as well as indigenous 'whale-dreaming' talking-chiefs and story-tellers from several indigenous cultures. I am working on creating some animation to assist in the display of scientific information as well as to enliven my art. I am compiling a state-of-the-art data base relating to GMEIA (Global Marine Environmental Impact Assessment) and MAMIAW (Marine Anthropogenic Military-Industrial Activity Warfare). The 'beyond film' will function as 'audio-visual software' that will ultimately create a real-time link between human and cetacean consciousness fields, in honour of our true kinship. It is an attempt to 'mend the sacred hoop'."

Beyond this competition, I am actively seeking funding assistance for this increasingly urgent project. I am not a 'non-profit' organization who solicits donations, but a single dedicated person who loves the 'people of the sea.' Anytime someone buys my art or commissions me to do a piece of art for them, they are directly supporting all that I do.

I am also looking for sources of high-quality underwater footage of cetaceans, if you have any suggestions please let me know.

"COMING FORTH BY DAY" Song by Jeff Phillips/Wefferson 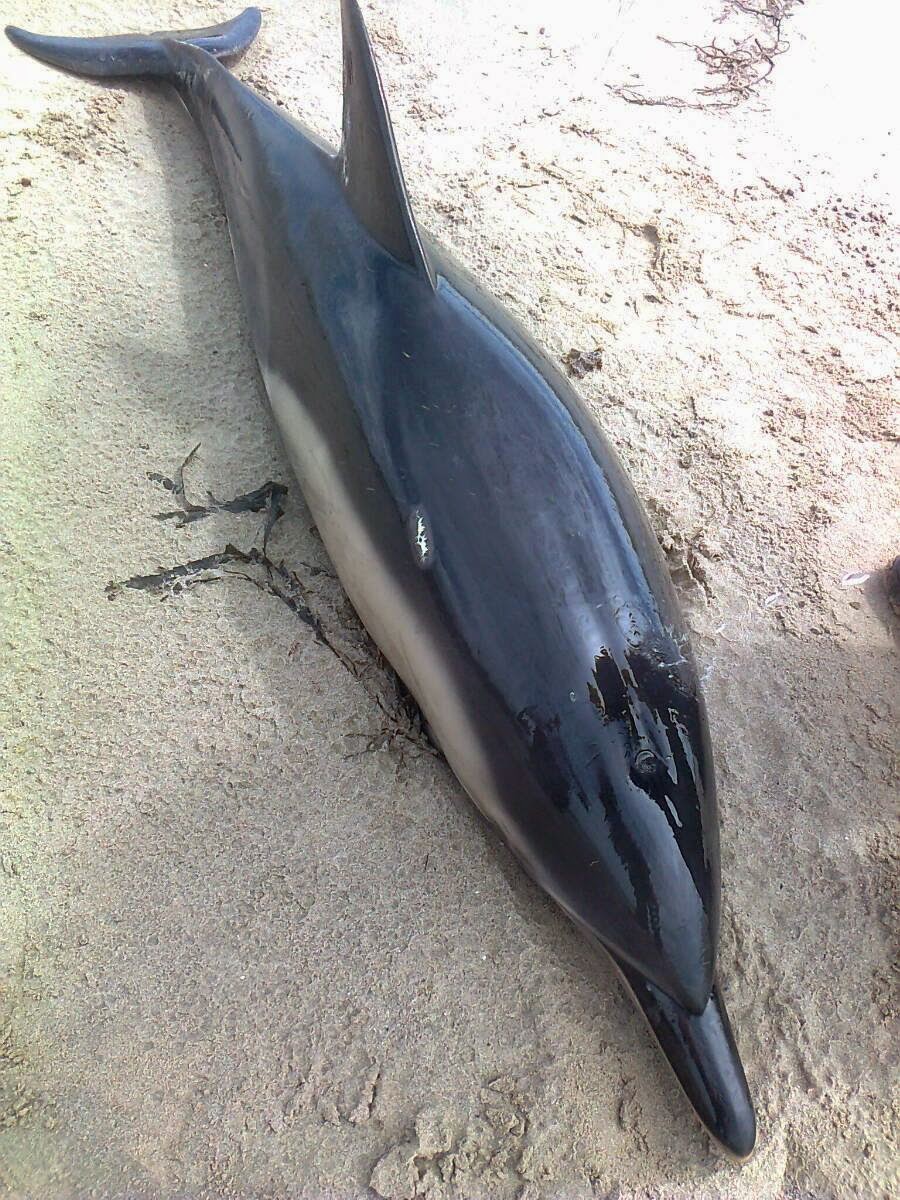 IN HONOUR OF ETERNAL LIFE FOR CETACEANS & 'MITAKUYE OYASIN'

Music is the 'language of the soul'. I share this multi-track musical experiment I did in Christchurch NZ in 2007, with my 'audio wizard' mate Ian McAllister. I played all the parts and made it up off the top of my head, in honour of my mom and dad who were killed in a car accident in 2004. I offer this now to honour the Maui's dolphins, all the cetaceans, 'mitakuye oyasin', or 'all my relations', the 'people of one heart' and Mother Earth. My music is part of an effort on my part to inspire miraculous transformations of human 'consciousness' RIGHT HERE RIGHT NOW.

HERE IS MY 'SYNOPSIS' FOR THE PROJECT

SYNOPSIS FOR ‘AIHE TOHORA PAIKEA WANANGA’*,
A ‘BEYOND FILM’ PROJECT by JEFF PHILLIPS

I refer to this project as a ‘beyond film’ because I am attempting to ‘transcend the medium’ by means of a synthesis of all of my creative abilities in multi-disciplinary science (zoology, psychology, ecology), philosophy, visual arts and music/sound experiments.

My article “We are not alone…yet: How we are waging war on a true ‘extra-terrestrial intelligence’ “ is not only a comprehensive statement on the leading edge of cetacean awareness and our relationship with them, which will hopefully be expanded into a book or books, it also serves as an outline for this ‘beyond film’ project.

The primary purposes of this ‘beyond film’ are

1)   to provide the necessary back-ground information in order to ‘set the stage’ for this journey into the unknown, to understand our own limitations in this work

2)   to explore who the cetaceans really are as fellow sentient beings, at once very similar to us in many ways yet incomprehensibly alien in others

4)   to honour the whales and dolphins, to celebrate our mutual co-existence here and now

5)   to ‘go inside their minds’, in as much as we are being invited to do so, in real time, using a combination of the audio-visual technologies in the ‘beyond film’ as well as our own internal technologies of mind and brain.

I am in a unique position to do this project, and I know of no one else on this planet who is both willing and able to do it. My decades of involvement with the cetaceans, my unique connections, back-ground and on-going research and activism converge with my love of them as fellow beings and fellow passengers/crew of Mother Earth. I am a single individual with an extensive network of contacts. The fact that I work for no one other than Mother Earth makes it possible for me to be totally and completely honest in this work. The whole story is the only true story, and it’s one that desperately needs telling.

The basic stages or phases of the project are

1)  TECHNOLOGY Getting new hard- and soft-ware to continue the film-making process (external hard-drives, etc) and a new HD video camera to continue my own filming at the next level

[NOTE: Progress has been made on these new technologies]

2)  UNDERWATER FOOTAGE Obtaining more high-quality under-water footage of cetaceans to use in the film. Right now I have several potential sources of footage that I would be licensed to use for free. I am also exploring further sources of excellent footage that would only be available for a fee.

4)  ANIMATION To add an additional dimension to the ‘beyond film’, bringing some my cetacean-related art to life as well as to create state-of-the-art graphics and information displays to convey the major ideas of the project

5)  RESEARCH and ACTIVISM This is constantly on-going on my part, to broaden my knowledge base, get and keep in touch with other researchers whose work I consider to be important, and to share this knowledge, information and insight with the interested and caring public

6)  SOUNDTRACK and MUSIC The music and audio for this project is at least as important as the visuals. The cetaceans are masters of sound, and as a musician and ‘sound scientist’ my goal is to create an amazing experimental sound-track using my own musical creations in conjunction with recordings (or even real-time transmissions) of cetacean sounds

7) EDITING and POST-PRODUCTION This is the final stage before a finished version is ready. This is quite a tedious and time-consuming phase but is really where it all comes together. The utmost care and attention to detail is necessary here.

In addition to a film or series of films or shows, this project could involve the creation and dissemination of a book or books, posters, visual art and t-shirts, all working together not only to present ‘Aihe Tohora Paikea Wananga’ but also to celebrate and honour our most special fellow beings.

* Ancient Maori, ‘The knowledge and wisdom of whales and dolphins’ 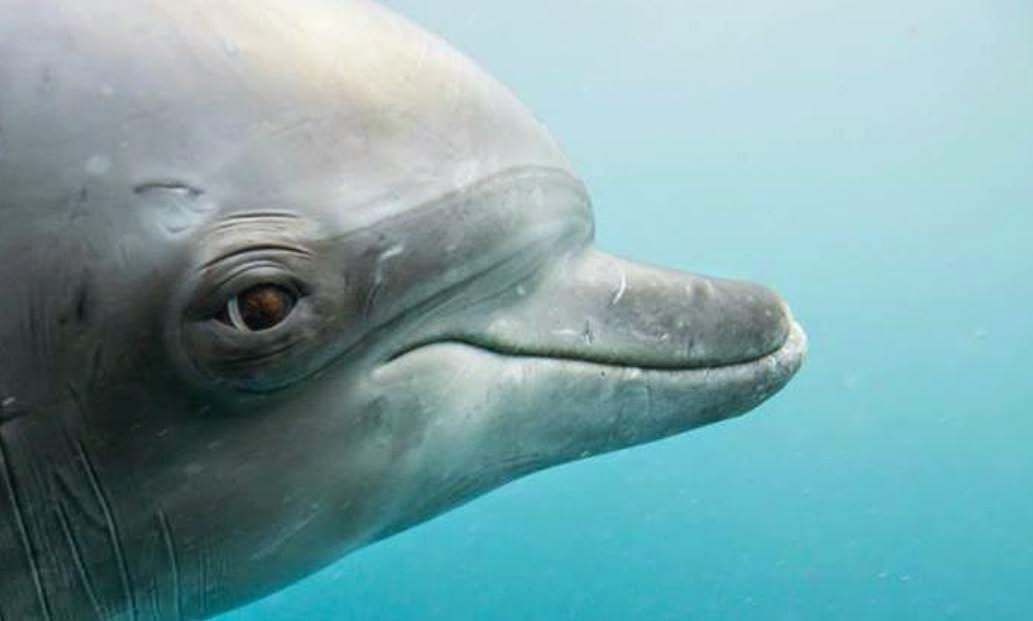 COMPREHENSIVE ARTICLE by Jeff Phillips (Outline for 'beyond film')