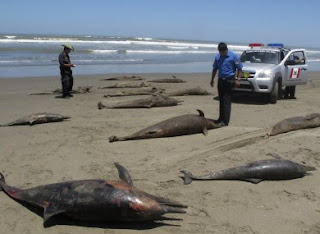 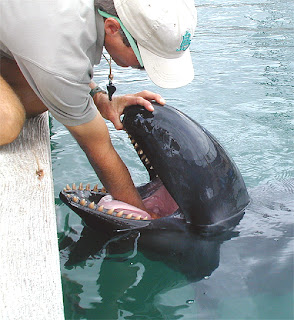 KINA THE DEAF WHALE BEING TORTURED 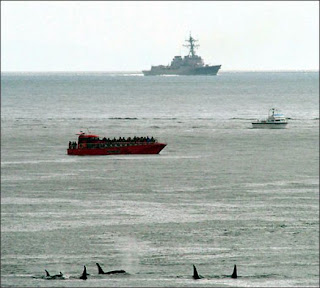 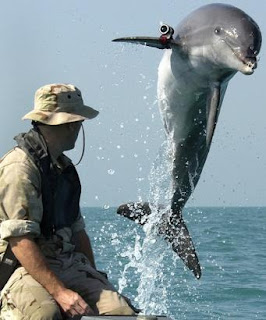 FUN AND GAMES WITH NAVY 'SCIENTISTS' 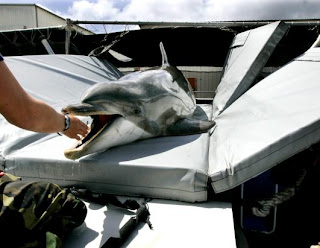 THESE DOLPHINS ARE BRAIN-WASHED... 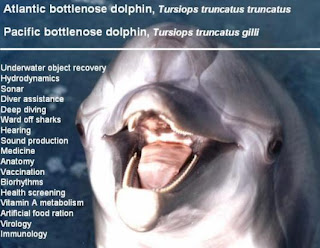 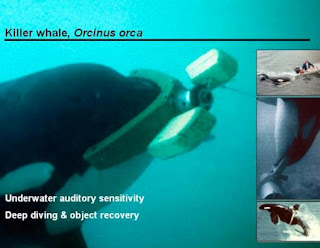 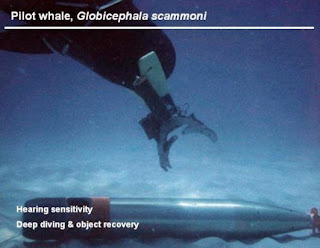 ...AND HAVE IMPLANTED MICRO-CHIPS AND/OR ELECTRODES. 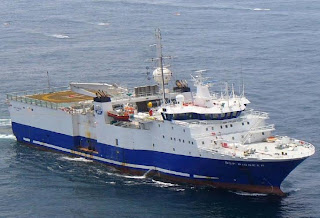 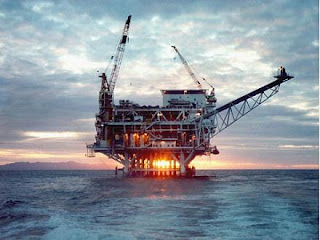 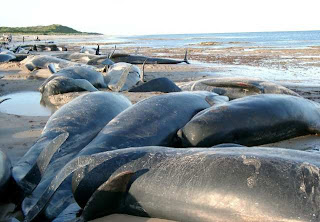 THE FUTURE FOR CETACEANS GLOBALLY?

NOTE FROM JEFF:  Immense thanks to StrandedNoMore for their awesome and on-going work to expose the massive fraud being conducted by the U.S. Navy and the legion of 'marine biologists' they own and control through funding.  These recent postings are clear demonstrations of the pervasive and sophisticated deception tactics and strategies that the army of Navy-funded 'scientists'...'b-grade sci-fi authors' is a more apt description...carry out on behalf of their money-masters.  All this has NOTHING to do with valid scientific research, much less 'protecting' or 'understanding' the cetaceans, and EVERYTHING to do with giving the unwitting public the impression that they have been informed about genuine 'discoveries' from 'dedicated researchers' while in actuality, feeding them an unending stream of obamic info-cess designed to manipulate public perception so as to "distance the Navy and 'big oil' " from any causation or accountability related to their weapons, wastes, war-games, geo-physical exploration and hydro-carbon extraction activities that are KNOWN ABSOLUTELY to constitute the GREATEST GLOBAL THREATS TO CETACEANS THAT EXIST.

REMEMBER that the U.S. Navy and all the other 'armed forces' work essentially for the hydro-carbon and mineral extraction companies, 'big oil', 'energy corporations.'  The whole 'war on terror' is merely a public relations scam to provide pretexts for invadng and taking over ANY country where resources are to be found.  These 'energy' corporations are in turned controlled by the banks and 'ruling elite.'  Radical depopulation of land and sea is their top priority, along with total control of the global resource base.

The following posting describes cetacean 'research' performed using a whale that is known to be deaf.  These 'researchers' also want to use very loud sounds to warn the whales that very loud sounds might be coming.


Navy Funded Scientists’ New Discovery: Whales Can Decrease the Sensitivity of their Hearing to Protect their Ears from Loud Noise. How Sweet!

http://strandednomore.wordpress.com/2012/07/17/navy-funded-scientists-new-discovery-whales-can-decrease-the-sensitivity-of-their-hearing-to-protect-their-ears-from-loud-noise-how-sweet/
"This is your typical Navy funded study. Take half deaf/half insane false killer whale that has been tortured for decades in a lab. Force her (aka “train” her, or she will not be fed) to do something and claim the victory with a whooping sample size of n=1 and transfer this findings to the wild populations. Give the Navy/Big Oil something to cite on those permits applications.  In a mean time, ignore all strandings, do not investigate anything, do not search for any evidence. And most importantly have zero independent scientists (aka not funded by the Navy/Big Oil) working on a same issue. How &*^%$&* sweet!"


In this posting Nataly continues the saga of the anomalous and on-going mass-strandings off the northern coast of Peru...WITHOUT A DOUBT being caused military-industrial activity in the area, which is a hot-bed of resource extraction and a 'free-for-all' feeding-frenzy for a wide spectrum of fraudulent 'oil companies' whose 'explorations' are little more than 'pr' to give their investors the impression that they are doing something with the billions of $ they have."

The Drama Around Peru’s Die-off Is Not Over!http://strandednomore.wordpress.com/2012/07/01/drama-around-perus-die-off-is-not-over/

"Just when everyone has finally moved on and almost forgot about Peru’s unprecedented die-off  an interesting correspondence appeared in Nature. This publication alludes to yet another reason for die off stating that “Persistent pollutants that accumulate in cetaceans could be a factor. These weaken cetacean immune systems, making them more susceptible to infection, exacerbated by food shortages during El Niño episodes and harmful algal blooms”

We find it curious (although not entirely unexpected) how much effort is made to distance seismic surveys and Big Oil from this event. So now, apparently pollution caused the die off. What nobody tells you (yet again) is that if you pull  a random cetacean from the middle of the ocean he will be loaded with pollutants. This is just the fact of life and the current state of our oceans. Just like morbillivirus, pollution is another convenient scapegoat because one can be almost 100% sure to find it in any stranded cetacean.
For example, 90% of USA population have detectable levels of BPA (pollutant from plastic) in their urine. If we are to apply the same logic as it was done in recent Nature article, we can say that when we happen to stumble upon train wreck with 100 human bodies laying around, we can say that pollution could have been the cause, after all all bodies tested positively for BPA and other stuff, like lead for example. Absurd right? But how come it is acceptable when it comes to cetaceans?"

Speaking of fraud, hats off to Hardy Jones of http://www.bluevoice.org/  Jones' main occupation is being a photographer for CBS News.  He claims to be 'funding' biological research done by Peruvian 'scientists' to determine the causes of the dolphin deaths there.  This 'research' is riddled with contradictions, and the stories change from week to week.  On his web-site, the MAIN thing you see is that he wants you to vote for him to be MARINE BIOLOGY ACTIVIST HERO OF THE YEAR or some obamic info-cess like that. Jones recently demanded that I stop emailing him after I posted an article about the U.S. Navy and depopulation of human and cetacean populations. I WILL give Jones the George Orwell Ministry of Truth award, whose motto is "Omission is the greatest form of lying."

Veteran investigative journalist Peter Eyre has been spending a lot of time in Lima lately and has discoverd a lot of information about fraudulent oil companies, many of them based in the U.K.  One of them, Gold and Oil, based in London, owns a lot of the exploration permits in the exact areas where the massive dolphin strandings have occurred.  Check his latest posting for inside info on how this works and how extensive it is.

http://eyreinternational.wordpress.com/2012/06/21/proof-that-cameron-lied-over-oil-find-in-the-falkland-islands/
And here is a very interesting email from a former sailor named Lindia Storey, who has a petition going with over 480,000 signatures I hear to stop the U.S. Navy from getting their 'permit' to 'take' 11.5 million marine mammals, legally, and soon.
Thanks Jeff

I will check out your site. My next steps include trying to get the organizations that say they want to protect, to come together and talk with each other and petitioning the Dept of Fisheries to ask them not to issue a permit.... I don't hold a lot for that to happen, but it is all about raising the consciousness of the people so we truly know how to honor these magnificent beings.  A little about me & some of the questions asked re: the petition... 480,000 signatures so far....